The expression "Delegated Cooperation" indicates, under the "EU Code of Conduct on the Division of Labor in Development Policy", a management modality allowing the European Commission to delegate funds to a Member State, for the execution of Cooperation programs following the signing of specific "Delegation Agreement" and, in turn, to the Member States to transfer resources to the Commission itself through the signing of "Transfer Agreements", with a view to facilitate greater concentration and effectiveness of Aid in those partner countries and sectors in which the added value of a specific Donor is more evident, maximising aid effectiveness.
From 2012 to date, the Delegated Cooperation has been consolidated to represent an essential element of Italian Cooperation. Italy has been among the first four Member States implementing EU cooperation programs, with clear positive returns for the Italian system of Development Cooperation, both in terms of volumes of resources available for Cooperation interventions, and political visibility: within the EU itself, in partner countries and other Donors.

In Sudan, there are currently four Delegated Cooperation programs:

• TFSDN11 - Support migrants and host communities in improving access to safe water and sanitation in Eastern Sudan in the framework of the Regional Development and Protection Program for the Horn of Africa (European Fund in which the Netherlands holds the leading role) for a value of 2 million Euros;
• TFSDN13 - Strengthening resilience for refugees, IDPs and host communities in Eastern Sudan
in the framework of the European Trust Fund, in line with the Valletta action plan to combat the causes of migration (2016), worth 12 million Euros.

In CAR the project equal to 3.7 M Euro has been approved last December 2018. The project aims at strengthening the delivery of the primary health services  through the reinforcement of the governance and leadership of the Institutions. The project focuses its intervention in the strengthening of the Regionale and District Health Management and the FOSA (Formation Sanitaire) and community health system. The project lasts 30 months.

In order to guarantee the complementarity, synergy and unity of Italian intervention, AICS Khartoum, plays a key role in technical assistance to the programmes, carrying out the function of Program Verifier for the coordination and management of Delegated Cooperation interventions. Last May 2018, the DEVCO Directorate of the European Commission notified the MAECI and the Agency the successful conclusion of the AICS accreditation procedure for the indirect management of EU programs (pillar assessment). Thanks to the successful conclusion of the procedure, the Commission will be able to entrust AICS with programs funded by EU funds under indirect management, allowing the Agency to also act as a "Delegated Cooperation" Actor. 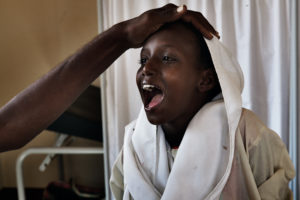 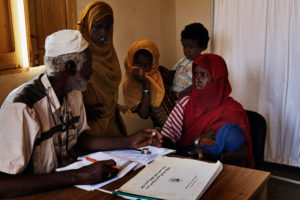 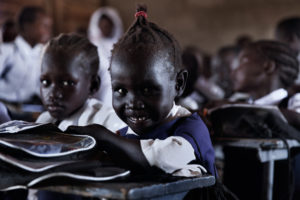 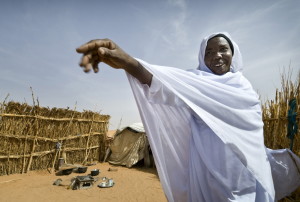