welcome to the site that presents the AICS Office in Khartoum, competent - since September 2017 - for Eritrea, Cameroon, Chad and the Central African Republic.

One of the worst humanitarian crises of the moment is taking place in the entire region of Lake Chad. The basin is located in the central-northern part of Africa, bordering Nigeria, Niger, Chad and Cameroon. The area is currently inhabited by 21 million people, of which 11 million are in need of humanitarian assistance; 6.9 million people suffer from malnutrition, of which 515,000 children are affected by severe malnutrition; 2.5 million people are IDPs. (FAO, Response Strategy 2017-2019).

Chad hosts about 449,633 refugees. In this case too, these flows weaken the resilience of the host communities and are part of a context in which the levels of local development are already very scarce and access to basic services almost non-existent. Access to clean water, health, education and nutrition is exacerbating pressure on host communities;

In Cameroon, the first annual survey in 2017 - carried out by IOM - estimated 238,099 Internally Displaced Persons, 83,141 people that have returned to their native villages and 31,681 refugees that have settled outside of formal camps. Cameroon has also guaranteed entry to refugees and asylum seekers from Nigeria. The situation of the IDPs remains serious, in the face of the fact that the country is not yet equipped with legislation on the matter that allows it to internalize the principles of the Kampala Convention. In the Far North, 1.5 million people are at risk of food insecurity, 180,000 of them in serious conditions. Access to water and the condition of health facilities are among the most inadequate in the country, with only 40% of the population with access to drinking water. The armed conflict and the resulting displacements of populations are aggravating GBV, as well as intra-community tensions for access to already scarce resources.

In Eritrea, the mandatory and permanent military service, as well as the general Human Rights situation of the country, have created considerable difficulties for Eritreans. The Right of people to expatriate is severely limited. According to statistics from the UN Refugee Agency, UNHCR, Eritreans are among the most numerous migrants reaching coast of Italy. At the end of 2016, 21.253 migrants escaped from Eritrea reaching the southern Italian coasts, the majority of whom transiting through Libya (Report of the Special Rapporteur on the situation of Human Rights in Eritrea, Sheila B. Keetharuth - Human Rights Council - Thirty- fifth session - 6-23 June 2017).

- In Sudan, bilateral and multilateral channels are established to realize programmes with the main UN Agencies, including UNHCR, IOM, UNDP, WFP, while the Emergency department works in policy areas such as combating poverty, gender equality, health, social inclusion, migrations and WASH;

- in CAR, Eritrea, Cameroon and Chad, our Emergency interventions focus on the health and social inclusion sectors

The site must be a point of reference on the transparency of the AICS and all the actors - NGOs and Universities - engaged in international cooperation and humanitarian aid. Your comments and suggestions will help us improve and provide the information you will find useful.

Thanks to all, good surfing, 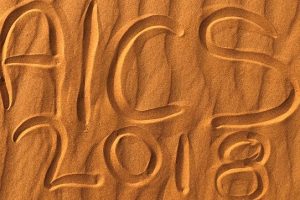 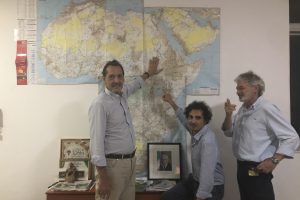