Sudan outlawed female gender mutilations (FGM) and offenders can now be sentenced to three years in prison and be fined. The amendment to the penal code was approved on 2nd May 2020, and is the result of a long and strenuous social and political process, which has led to the destitution of Omar Al-Bashir’s government and to the institution of a government of transition towards democracy. The new law comes in a very difficult moment for Sudan, which is struggling against the Coronavirus pandemic, like many other African countries.

The good news, which has been widely reported in the international press, means a lot inside the Sudanese social context, where 9 women out of 10 aged 15 to 49 (87-88% of all female population) undergo FGMs (UN data). What concerns most is the fact that FGMs are usually performed by medical staff, which contributes to the survival of this horrible practice. FGM is also performed in country villages by local people, mostly women, who use this as a mean to earn a living.

But what are exactly female genital mutilations? According to WHO (World Health Organisation) there are four types of FGMs: in all of them the external genitals are severed, totally or partially. In another type, called infibulation, the vagina is sewn up except for a small hole, left to convey menstrual blood and urine out.

This widespread practice poses serious risks to the health of women: they might suffer from severe bleeding occurring at the moment of the cutting, are prone to infertility problems, are likely to have serious complications at childbirth, not to mention the devastating consequences on their mental health.

FGM practice plays also a crucial role inside society as Akram Abdel Gayoum, working for AICS in Khartoum, has pointed out.  Mr Gayoum, who in 2014 joined the international team of experts working in Sudan in order to assess the national governmental project against FGM, said that the practice is not only linked to social status and family matters, but mostly has its roots inside local cultural heritage. It is a fact that a woman with FGM can grant honour to her family and has better opportunities of marrying.

What has this new amendment brought in? Although there is still a long way to go to achieve gender equality, Mr. Gayoum suggests that we should take into account the point of view of the youth, and mostly of the young girls, for whom this amendment must be considered the first step towards the building of an egalitarian and caring society.

AICS Khartoum has been conducting programs on women’s economic empowerment for many years in the East Sudan States, where FGMs are widely practised. Thanks to the introduction of saving groups, many women have had the opportunity to start their own business, thus having a new mean to support their households, their children’s education and the well-being of their families. There is no doubt that economic empowerment is key in the process of reaching gender equality and in the fight against FGMs. Moreover, AICS Khartoum works hard in the effort of raising awareness against this and other risky traditional practices in use in hospitals, rural villages and urban areas. In particular, AICS cooperates with Sudanese hospital staff, especially midwives, who play a crucial role in the prevention, medical treatment and clinical advice of FGM. Sudanese Prime Minister Abdalla Hamdok’s commitment to the campaign aimed to end this practice by 2030 gives hope to see a significant decrease of the number of women who undergo FGMs.

The amendment recently approved represents a major breakthrough, however requiring a constant commitment of the national and international community to reach its goal.

This article was originally published in Italian on Oltremare, AICS magazine: https://bit.ly/2zbcsbX 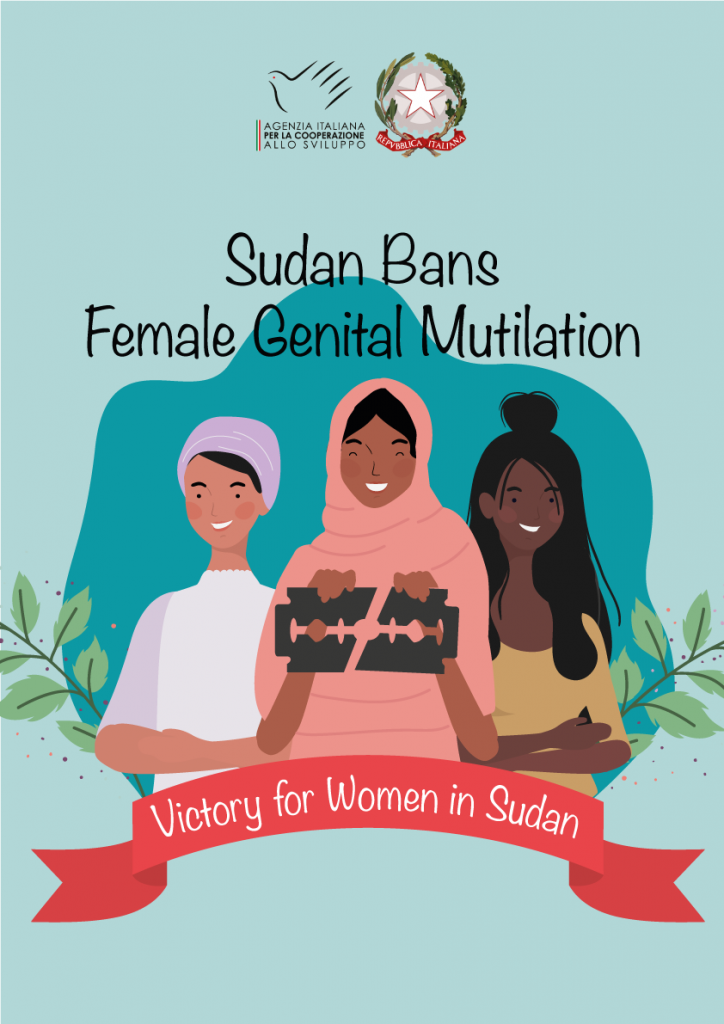